We use cookies to give you a more personalized experience. Learn more

These cookies help us identify how to improve the website. They also allow us to see what pages you have visited so that we can provide more relevant ads.

Get a company suggestion box to easily collect anonymous suggestions, feedback and ideas. 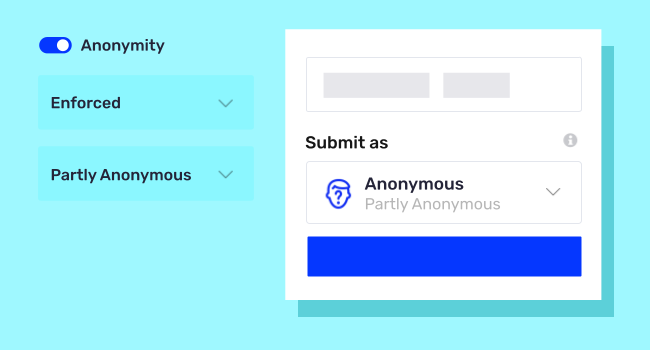 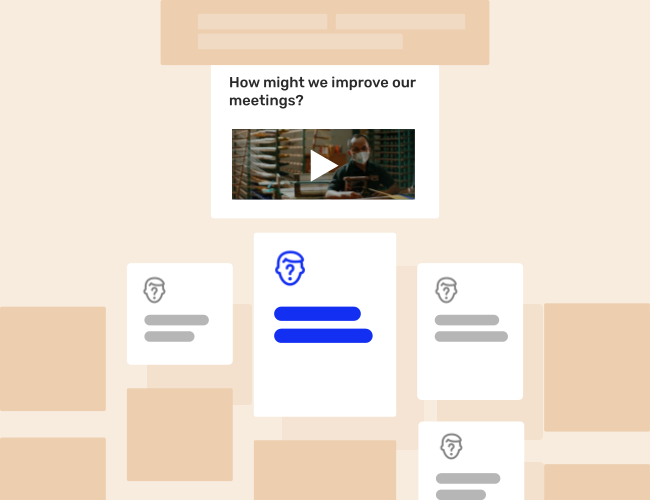 Give every idea a chance.

People might be holding back valuable ideas if they are afraid of repercussions or judgement. With Ideanote you can let people submit ideas or feedback to a question and let them hide their identity. Increase engagement, make sure even shy people and valuable but long-hidden insights can be brought to light.

Define the level of anonymity.

Sometimes you want to only initially hide ideas from everyone else but still have the possibility to reveal ownership of winning ideas. For that reason Ideanote offers three levels of anonymity: Not anonymous, Fully Anonymous and Partly Anonymous. 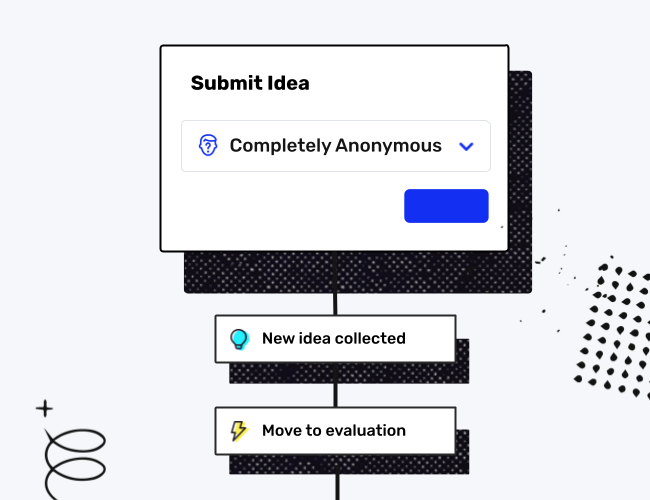 Keep the rating process extremely fair by hiding who submitted the ideas. Prevent people's inbuilt bias to influence them when they are evaluating ideas.

What does anonymity mean?

Anonymous means that a person's name or identity will not been revealed or given or has been withheld. It can be useful to collect anonymous ideas to make sure that ideas are rated fairly and that people are not judged for their ideas.

Why are anonymous suggestion boxes important?

Anonymity is a big deal these days. The Internet has become a place where people can share their ideas without fear of reprisal.

Anonymity is a huge topic in today’s society. People are constantly worried about being tracked online or having their personal information stolen. They want to remain private, even though they often don’t realize that anonymity isn't always a good thing.

When you have a company suggestion box for ideas some people might feel more comfortable coming forward with important ideas if they can submit ideas anonymously.

The benefits of using an anonymous idea suggestion box for your company are many:

With Ideanote you can decide if people should be allowed to submit anonymously and to what degree. You can enforce anonymity or let people submit partly anonymous ideas that management can see. You can even let people change their ideas from anonymous back to identifiable ideas that are tied to their names at a later point if relevant.

People who submit ideas will always be able to edit their ideas but their ideas are safe from being identified. Anonymous ideas are not counted in summaries that could identify the owner, they are not shown on the profile of a user and the identity of the submitter is not revealed in the API and integrations either.

Ideas can be submitted by anyone and are stored for as long as you want. Even better, Ideanote comes with an entire idea funnel so you can also prioritize and develop ideas.

Anonymous idea submission is a great way to get employee feedback. But it's important to make sure that the right people can access this tool. For example, managers shouldn't be able to view all ideas submitted by their subordinates. If you allow anonymous idea submissions, you need to put safeguards in place so that no one gets hurt.

If you use Ideanote, you can easily add anonymous idea submission to your website. You can then choose whether users should be able to submit ideas anonymously or not.

You can also implement anonymous idea submission through other methods such as emailing your employees, posting on social media sites or creating a survey.

Ideanote is a free tool that makes it easy to create an anonymous idea submission system.  It doesn't matter how old or new your site is; Ideanote works perfectly well with any website, intranet or as a standalone web app.

Get started with Ideanote today.